KATERINA TSAMI: A TROUPE OF ODDITIES 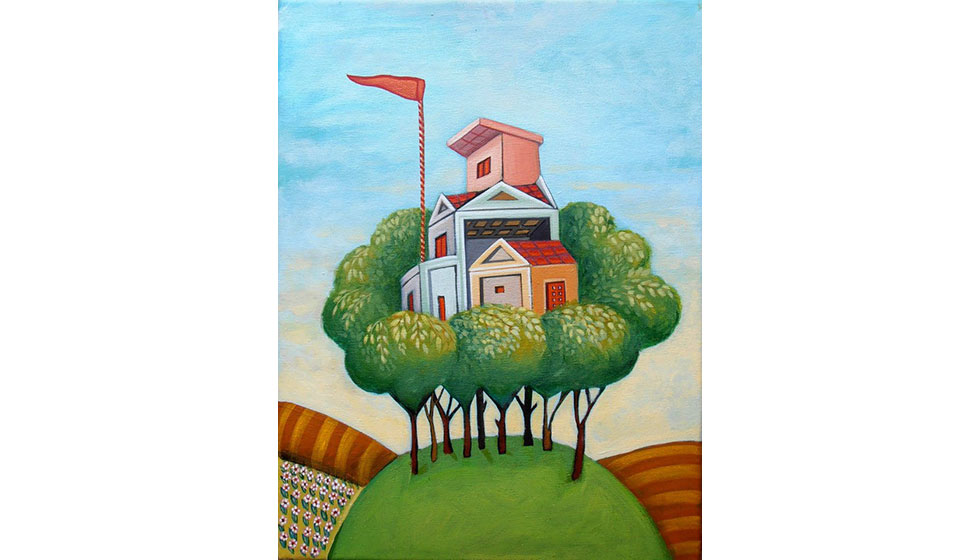 KATERINA TSAMI: A TROUPE OF ODDITIES

Documenting an artistic standpoint is by definition a challenging job, since it allows for multiple interpretations, approaches and henceforth conclusions. Looking backwards, I believe, is the best course to understanding the present and may lead to safer conclusions that will be better appreciated in the future. Today Katerina Tsami presents her artistic scheme titled “A Troupe of Oddities”. She is an artist of the 80’s with a strong presence in religious painting – a form of art which defines her work not so much as far her point of view is concerned, but more as to the discipline she displays in her form of expression; in 2002 she presented a series of works titled “The Garden of Eden” followed by the “Illusions” in 2006, “Say Cheese” in 2009, “Photosynthesis” in 2011 and “Beautiful Losers” in 2013.

During this period from 2002 to 2013 Tsami has been mapping the social, political and financial developments in our life, along with every person’s fluctuations between optimism and despair, in the most natural way as far as I’m concerned. The violent cry of the ‘Beautiful Losers’ series (art brut – raw art) is here to remind us of the delusion that lies within our recent past, by portraying the virtual prosperity and the leveling of values, principles and of all the elements that constitute what we call man. Today Tsami presents the series “A Troupe of Oddities” (2014-2015), which is the recounting of a fairy tale meant for adults. As expected, the sweet and light settings filled with naïf and pop elements at first glance create a quite pleasing and comprehensive visual impression, leading the viewer to positively appraise the paintings as great works with palatable subjects and an agreeable sense of humor. However, this is where Tsami consciously or maybe even unconsciously has set her trap: obviously she is good at what she does, that is evident in the way she builds up her painting surface; looking carefully, though, one realizes that the play of the “inner” light and the meticulous ‘Pompeian’ details in her works serve and support irony, bitterness, and all the questions she poses theoretically by placing human and animal figures in dreamy and fictive settings, their eyes filled with agony. It’s a group, a cast of unique and disparate protagonists, who nevertheless play secondary characters while taking pride in their afflictions. Her artistic choices and the techniques she uses classify her thus under the artists that do not like to make noise with their work, but rather search for a conversation partner in a Machiavellian manner through stares, breaths and smiles that last only for a few seconds.

On a personal level Tsami has an exuberant and rather rambunctious personality with integrity and covert oversensitivity. In her art she displays great discipline and obvious awareness, her trepidations carefully structured and formed by the ruthless friction of everyday life. I find it extremely interesting to follow her work, like reading a book that you can’t put down before you reach its final page, even if the sun is rising outside; and when you’re done, you fall asleep all worn out, with a sweet smile on your face.