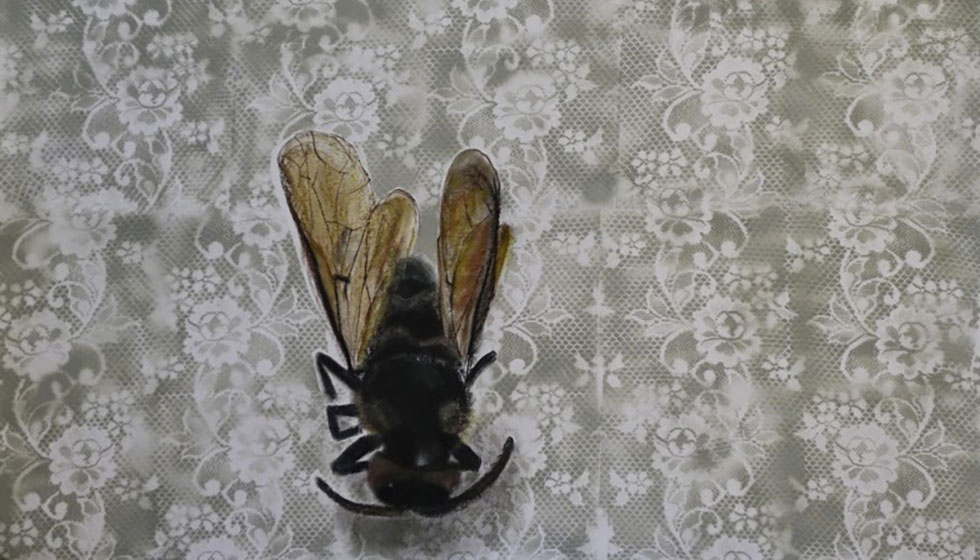 Feminine voices and expressions have often been misinterpreted, underrated and limited in their confinement within extreme and fixed, romantic, neoliberal or feminist theories influenced profoundly by the narrow concept of gender. I personally don’t accept any definitions of art shaped on the basis of the hormonal imbalances between people or specific groups. I do believe, though, in Simon de Beauvoir’s emblematic saying, “One is not born, but rather becomes, a woman” , in other words in the sociopolitical framework that has been defining people based on their biological sex until today. I also trust deeply in the dynamics behind this stifling atmosphere, which bring to light the ambiguities shoved underneath the carpet of conformity.

Visual artist Despoina Tsakni in her fourth solo exhibition presents material shaped by these exact dynamics. Her title, “Small Trivialities” acts as a teaser for the viewers, forewarning them about what they are about to see. The artist has managed to successfully combine symbols of women’s oppression, like the traditional, yet arduous decorative art of embroidery, which was used to instruct and cultivate girls in rural as well as in urban societies, with images of creatures from the wildlife of the Mediterranean region. She constructs thus her compositions with plasticity using various mismatched elements; on the one hand she masterfully and painstakingly depicts the often unappreciated laced and embroidered household trimmings favored by our grandmothers, which attest to the immense skill and patience exercised by these women as they crocheted or embroidered the linens for their daughters’ dowry, thereby predesigning their future; on the other hand, however, over or next to these sheer images she places square pieces of graph paper on which, with controlled use of color, she draws and paints thistle and butterflies with a wild beauty that transcends or even augments reality, in a startlingly realistic yet tender, almost fairytale manner. She portrays what is described in ancient greek sculpture as the “Greek foot” of the man, who comes to conquer all, trampling all over the colorful, delicate, fresh-cut flowers, while his hand falters before the prickly bush. She displays her dim self portrait underneath red, floating pieces of fruit shaped to look like children’s toys.

Her work reflects a comprehensive search for balance between traditional and modern, mundane and illusionary, elaborate and profound. She draws from woman’s bountiful womb, her depth and versatility, her hang-ups and hopes. She moves from the internality of self-awareness to the externality of action – re-action to the established set of values and teachings from science, art and life itself, which she has nevertheless embraced; hence, she is able to invalidate it by turning this vicious conflict into a creative one, an existential action that eradicates lies and illusions.