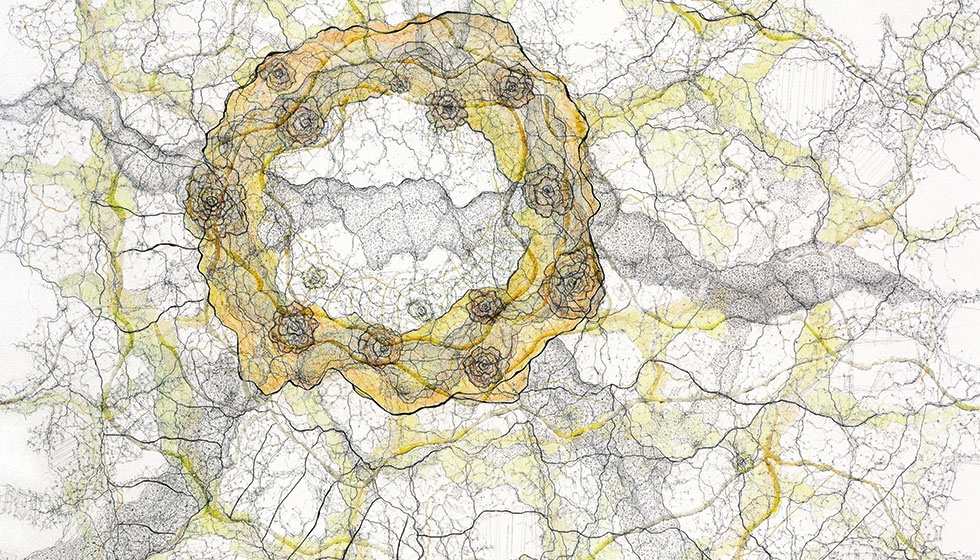 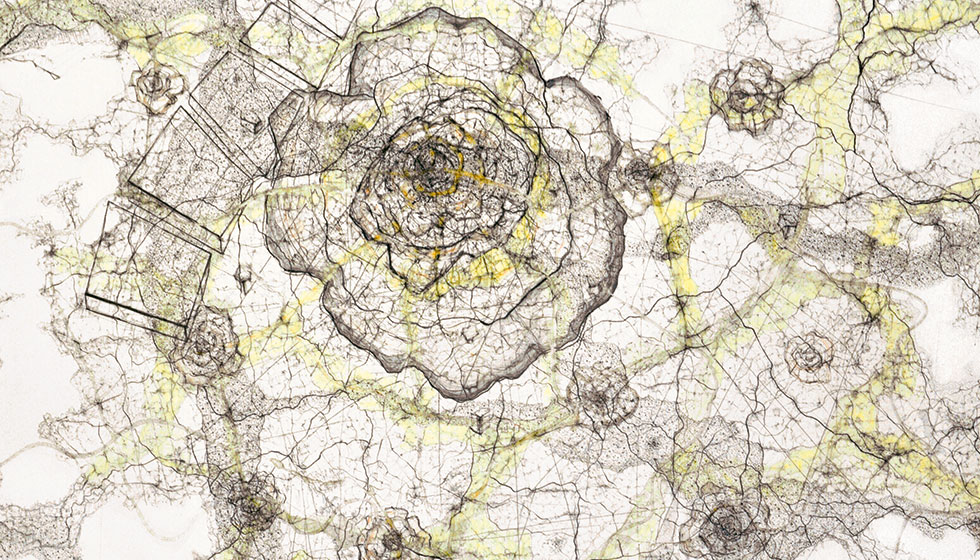 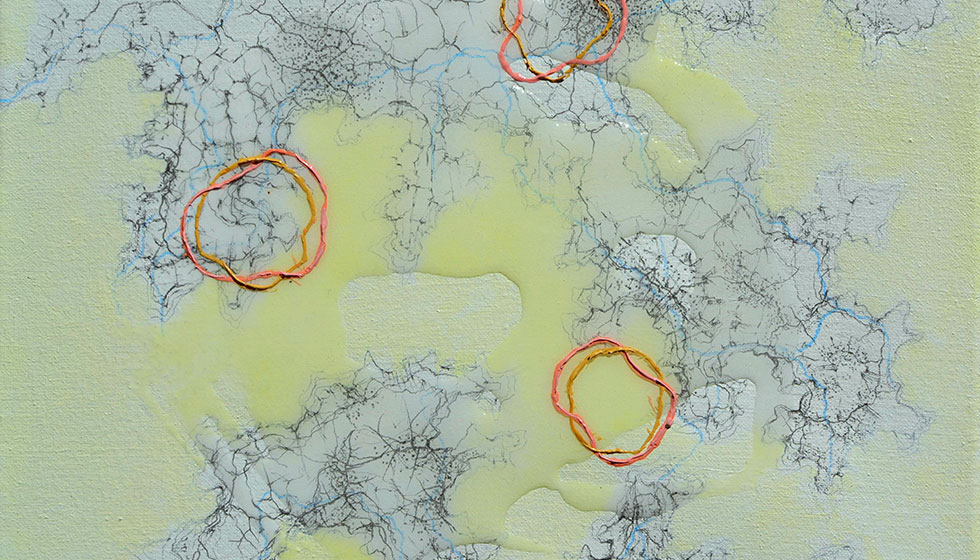 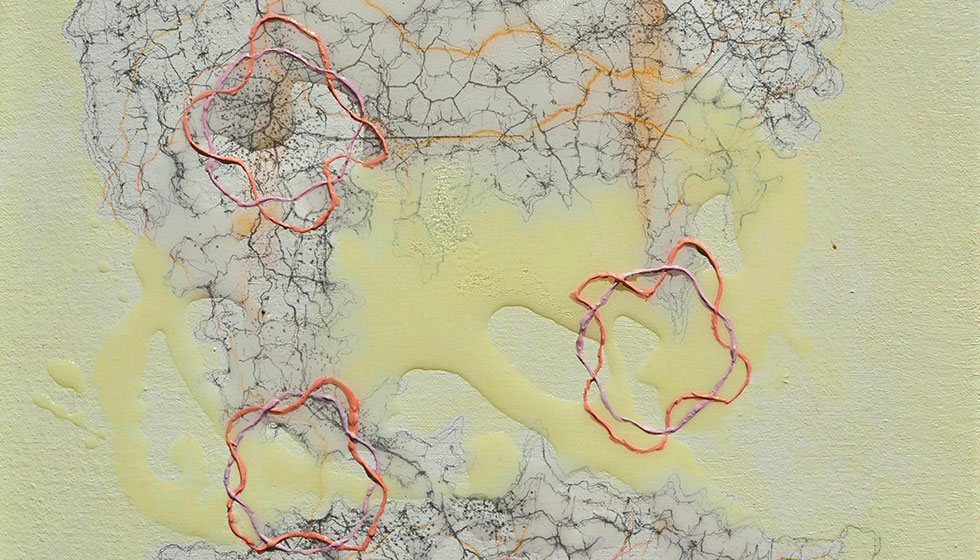 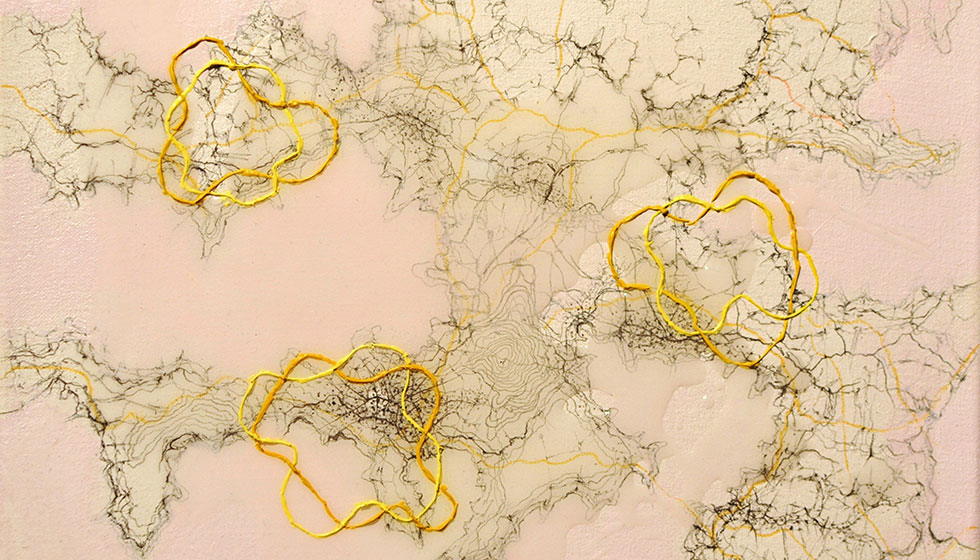 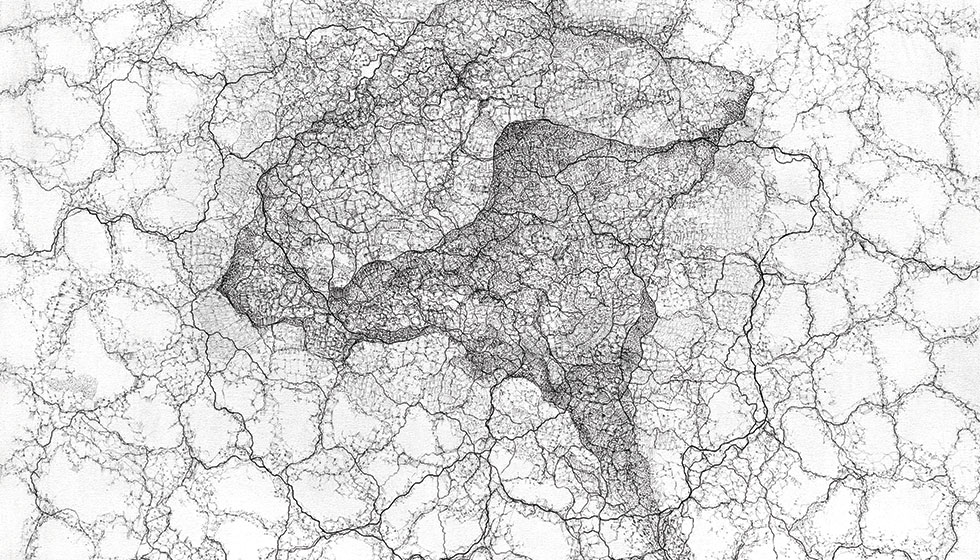 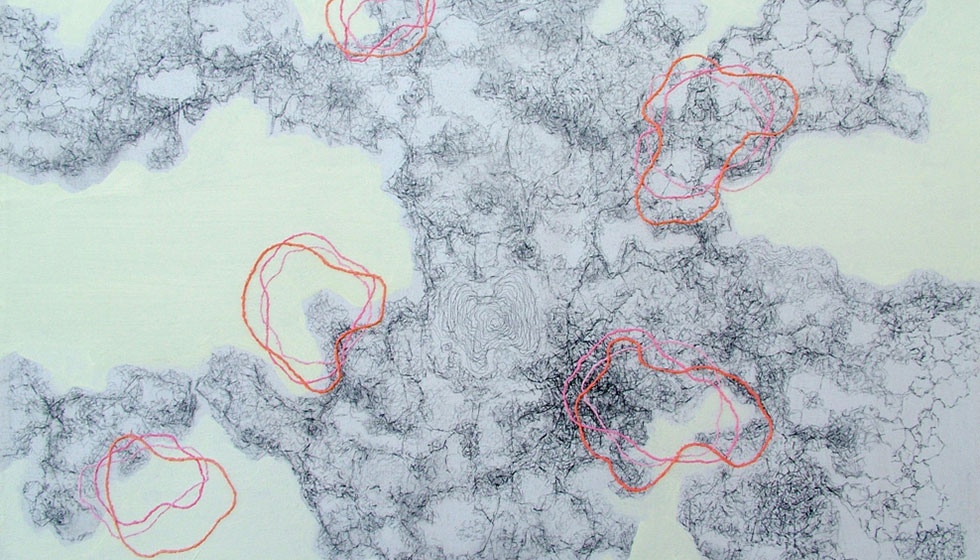 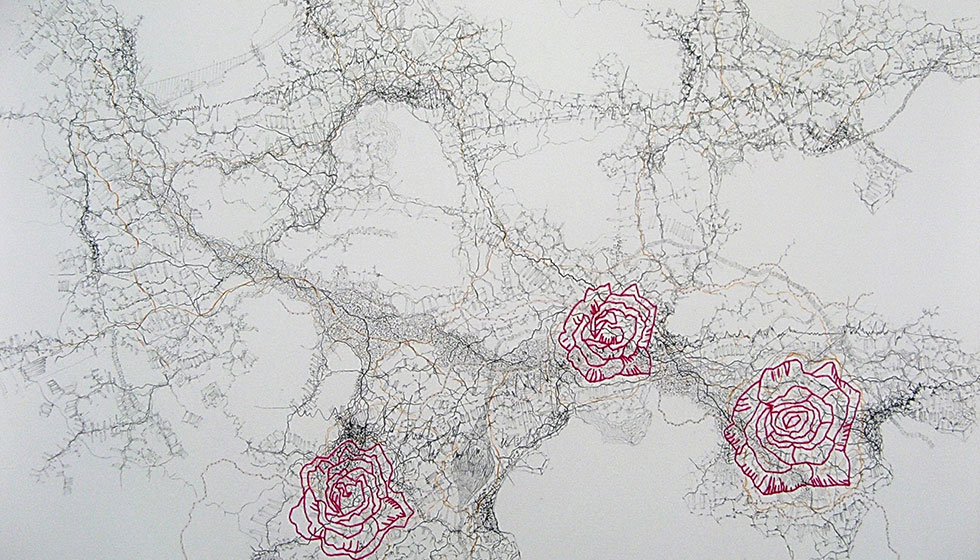 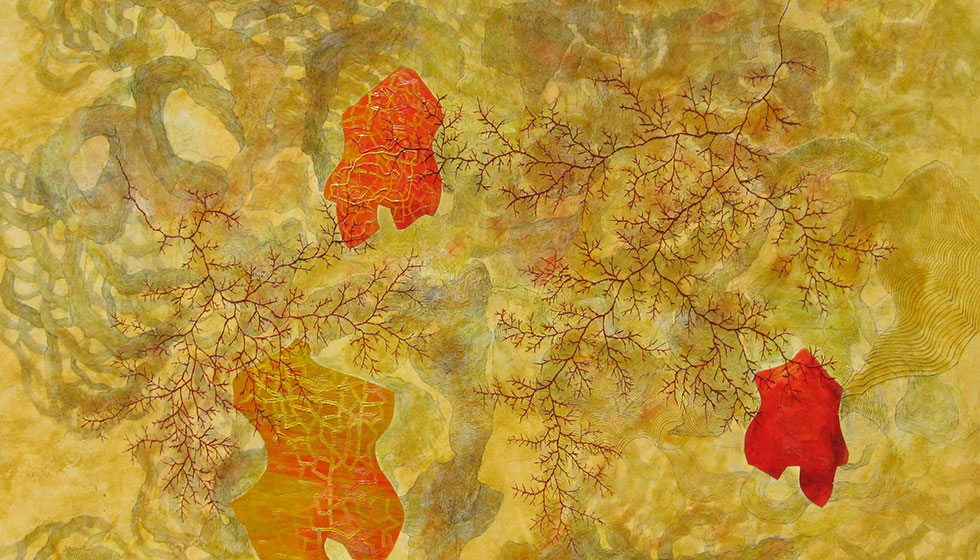 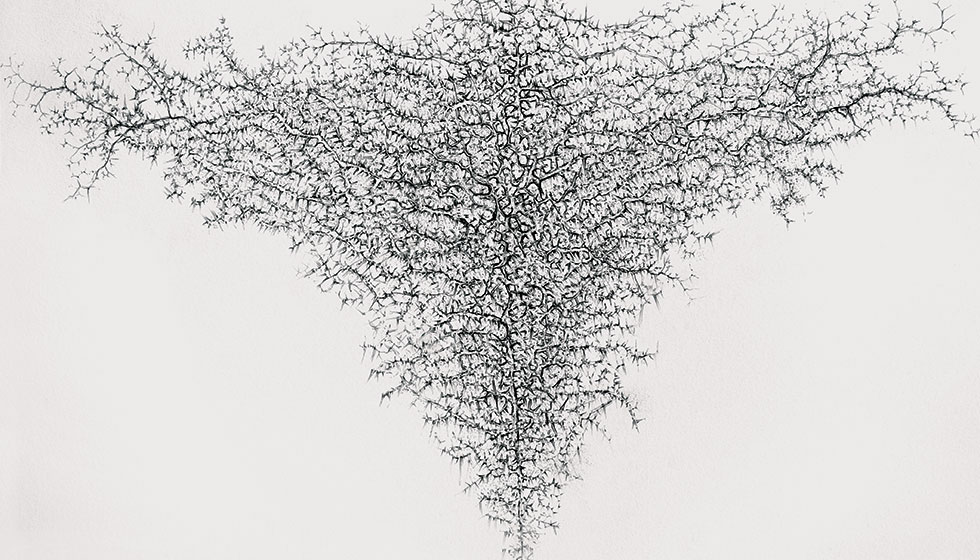 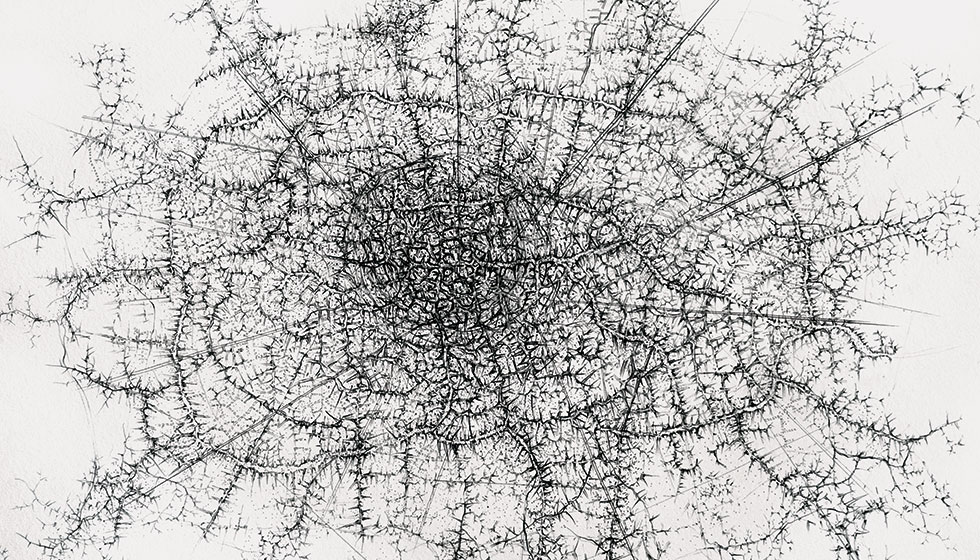 On the wall above my desk hangs a large map entitled “The World”. It is the one I have used to study for hours and hours since my school years. It is the one that I used to plan my imagery exploring trips; India, North and Latin America, Route 66, USSR…
Since then three decades have passed. Although the outline of this “Map-form” remains the same with very little deformations, the content has radically changed.
With the collapse of European and Soviet Communism, and the thawing of the Cold War, a new order of Mapping has sought to establish itself. With the physical and political fall of the Wall, the map we knew changed.  New countries came into being; no more USSR, Yugoslavia, East Germany, Czechoslovakia…and more to come. Millions of economical refugees abandoned their homelands to approach the “ex-enemy’s” land. Relating to cartography, there is a massive impact to the map. Perhaps the old East-West defense axis will be superseded by a North-South economic axis.  The influence of mapping upon perception can be easily recognized. The convenient ethnographic devises of Left vs. Right may give place to these of Up vs. Down.
The power of Colonialism is taking a strange turn. In the interest of foreign investment and trade, the changing of traditional urban landscapes is readily accepted, locally.And while the natives are bewitched by the modernity and conveniences of “foreign” cultures, it is the “foreigners” who now lament the loss of native cultures.

In fact the dissolution of the Cold War, and the absence of global polarity have brought about the resurgence of national and local identities. And although much of neo-Nationalism may be impelled by the political and financial ambition of the few, the new map (neo-Map), nevertheless, seems quintessential to the self-identity of the indigenous mass.
Where do I belong? seems to be the question that plaques so many of my debates and  many of my concerns. As a constant agony, it refers to dislocations felt by displaced subjects towards disrupted histories, to shifting and transient identities. It is the anxiety of coming from the periphery, the fear of being an immigrant, the presser of carrying a hybrid identity. It is like to exhibiting institutions and market places and not least, to the ability to live out complex and reflexive identities which, acknowledge language, gender and race as modes of self positioning. It is one of those misguided questions, which nevertheless serve a useful purpose, for, while it may naively assume that there might conceivably be some coherent site of absolute belonging. It also floats the constant presence of a politics of location in the making.
Therefore the geography I am examining, my personal mapping, is the geography of keening and wailing from the loss of ideologies and homelands.
My inquiry does not attempt to answer the question of location for belonging; it is by no means prescriptive since I have no idea where anyone belongs, least of myself. It is however an attempt to take issue with the very question of belonging, with its naturalization as a set of political realities, stable structures and signifying systems.