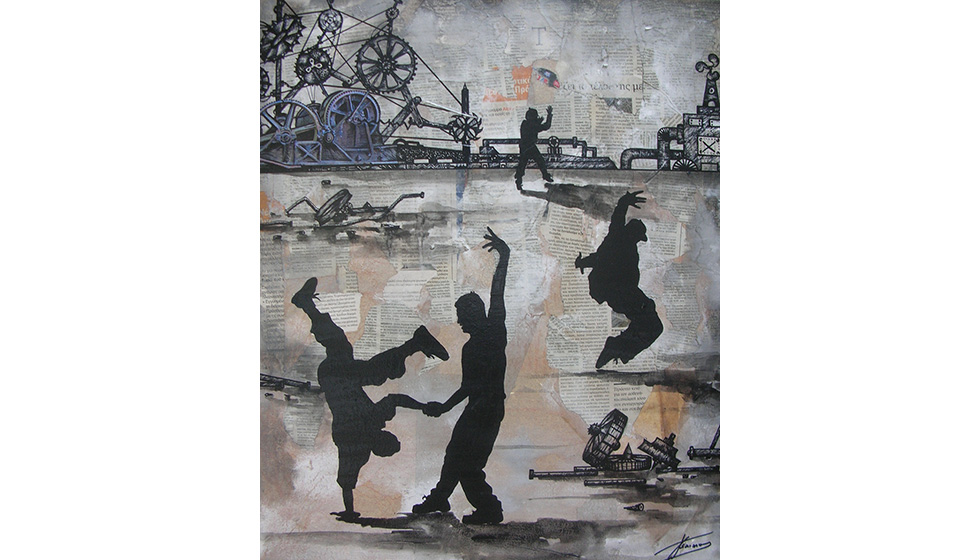 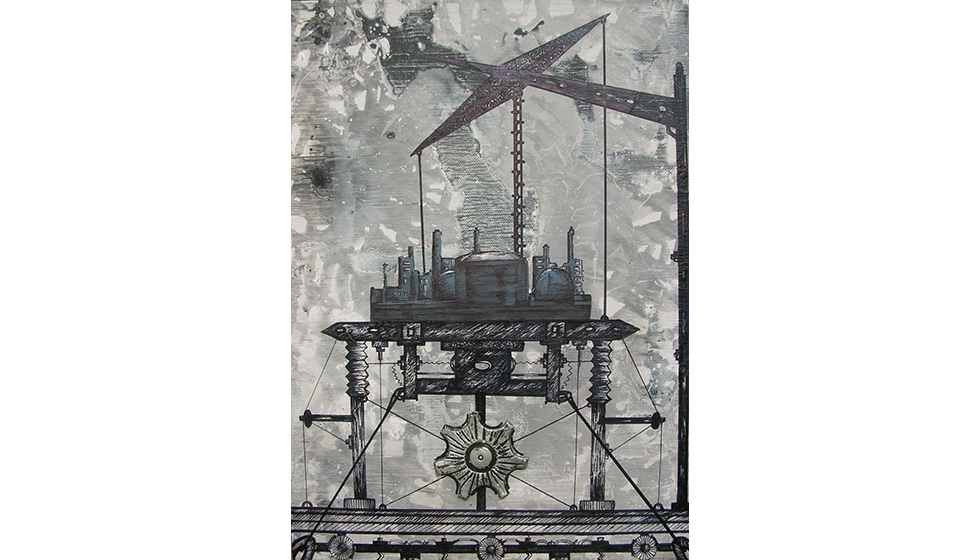 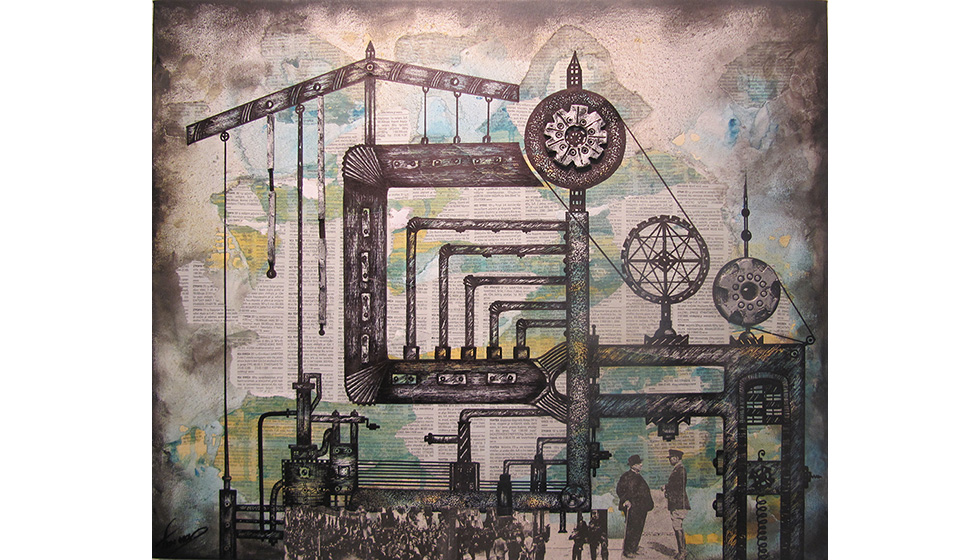 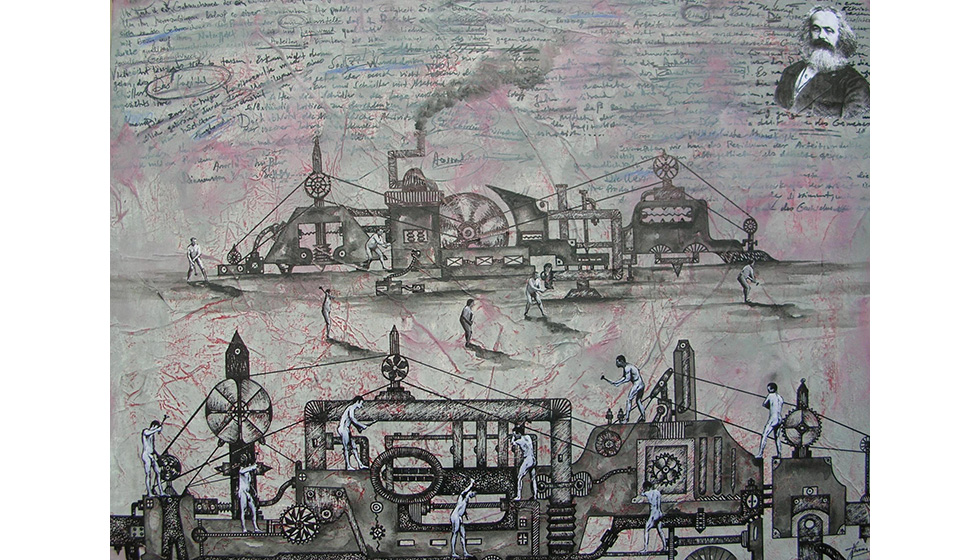 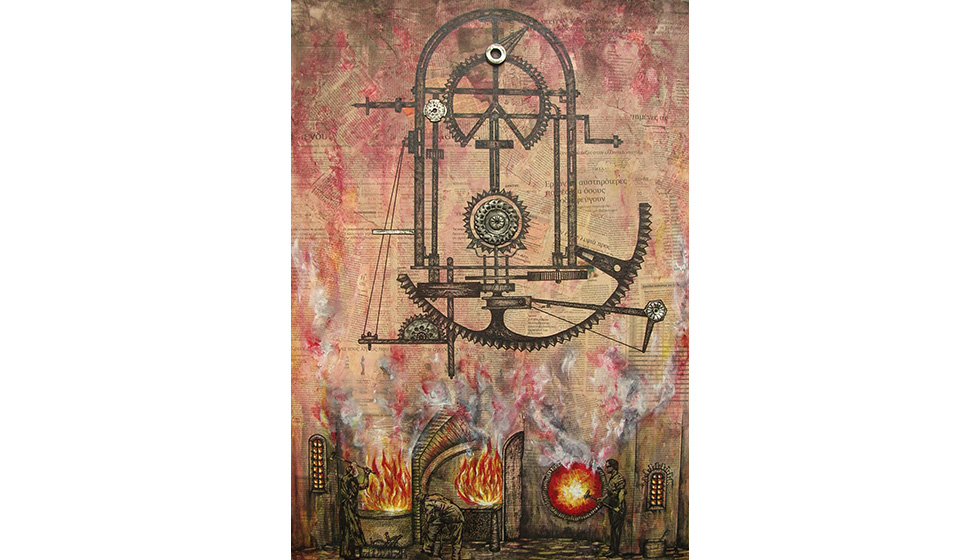 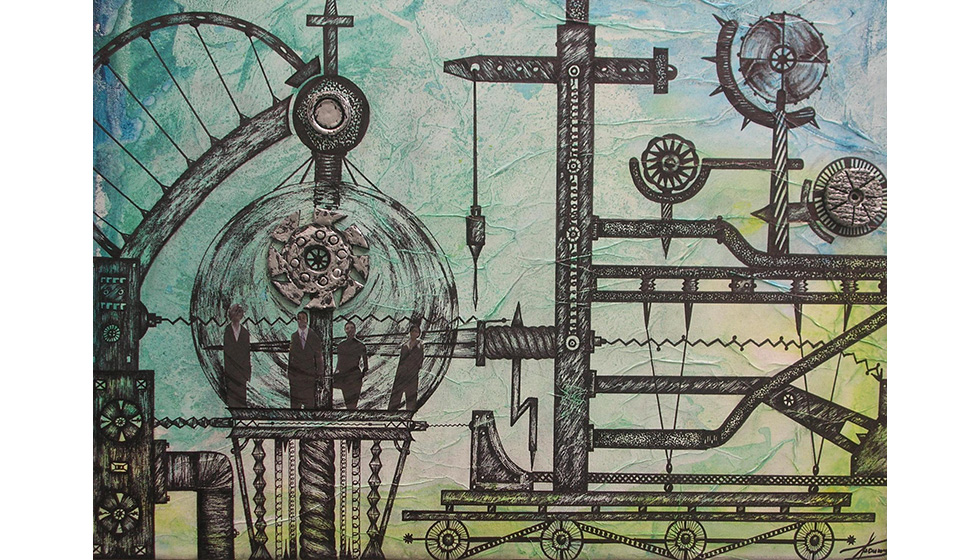 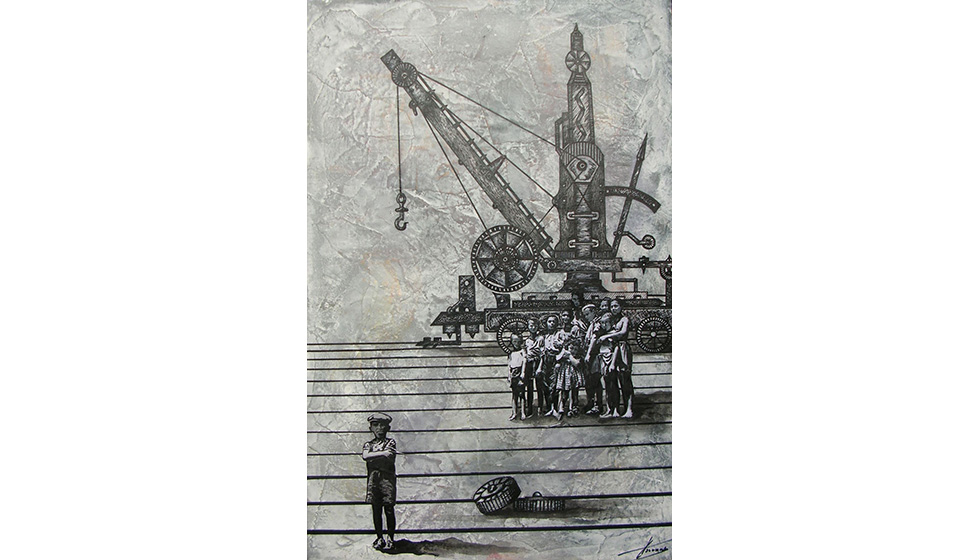 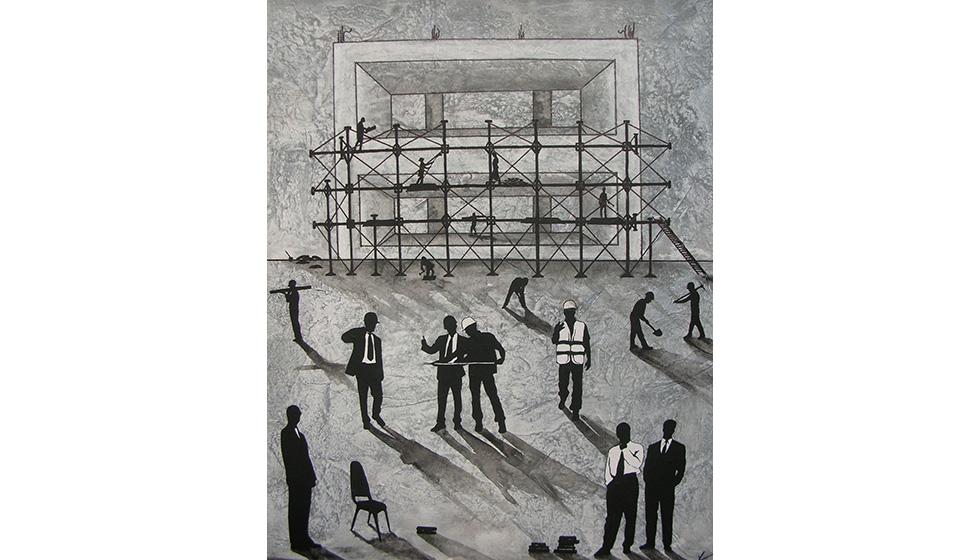 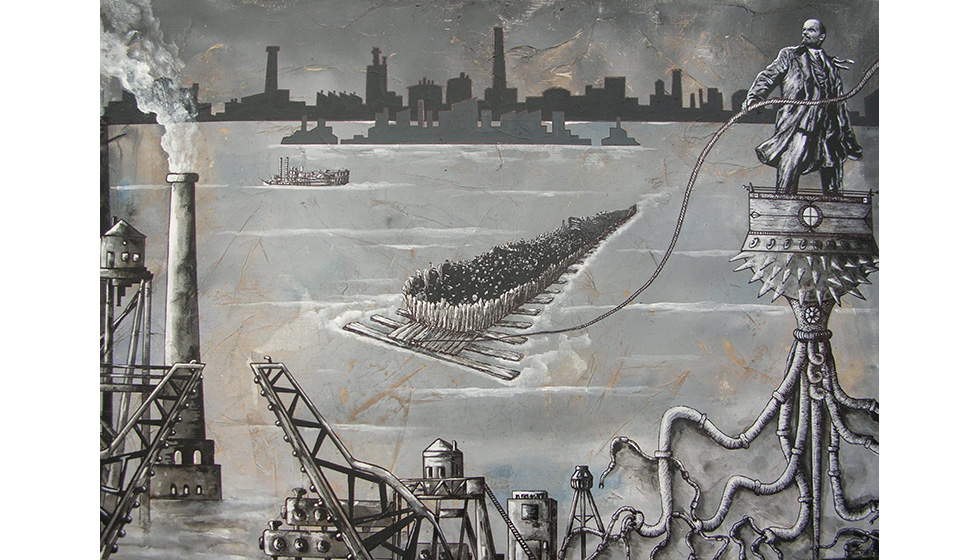 From the outset it becomes obvious that the leading role in Johannis Tsoumas work belongs to drawing whereas the supportive, but the equally powerful role belongs to color, which consequently signifies, a constant competition between materials and techniques. He loves experimenting  with the combination of both using a variety of materials such as inks, acrylic paints, ceramic metal-plated items together with pieces of newspaper and magazines, which create a collage that refers to the visualization of an imaginary world. Focusing on the concepts of gears and people he seeks to landscape a world both nightmarish and beautiful. Sometimes by a symbolic and sometimes by an eloquently visual, but not academic way, he tries to highlight the anguish of man, who has always been a member of an industrialized, sovereign and otherworldly society.
His sources of inspiration are the purity of industrial landscapes, machines, gears, chains, belts, pulleys, smokestacks and factories into one, however, dynamic and conflictual relationship with employees and bosses. In an imaginative way he also tries to harmonize the contrast that characterizes the concepts of the animate and the inanimate, the strong and the weak, the signifier and the signified.
Experience in the big city, with its multiform cultural and social characteristics, is for him the material for both his depictions and visual angle:

an urban landscape full of mystery, fantasy and enigmatic atmosphere, but with clear social and political implications. Starting with the urban landscape of the past centuries he mainly enhances the anguish of a society which derives from a growing mechanistic way of life through the explosion of cities, of mass culture and of constantly declining values.
Institutions, situations and concepts such as working class, capitalism, the ideology of the power of the monopolies and the mechanization of production processes, seem to effortlessly tie in with the aesthetics of mechanical hardness, things aimed to make clear to the viewer – each one of us separately – that art is not separated from life by highlighting in particular the trend of our time which is synonymous with a blind allegiance to the socio-productive establishment.
I believe that his painting surpasses the external reality, creates associations, makes vivid reflections, broadcasts messages and at the same time is converted to a resistance factor to a systemic status in terms of both the dominant socio-political ideology and the ambivalent ideology of “beauty” in art. His inspired world with its dynamic meanings wins the battle with the artistic visual stimulus and eventually manages to captivate the viewer in its ideological metaphors.