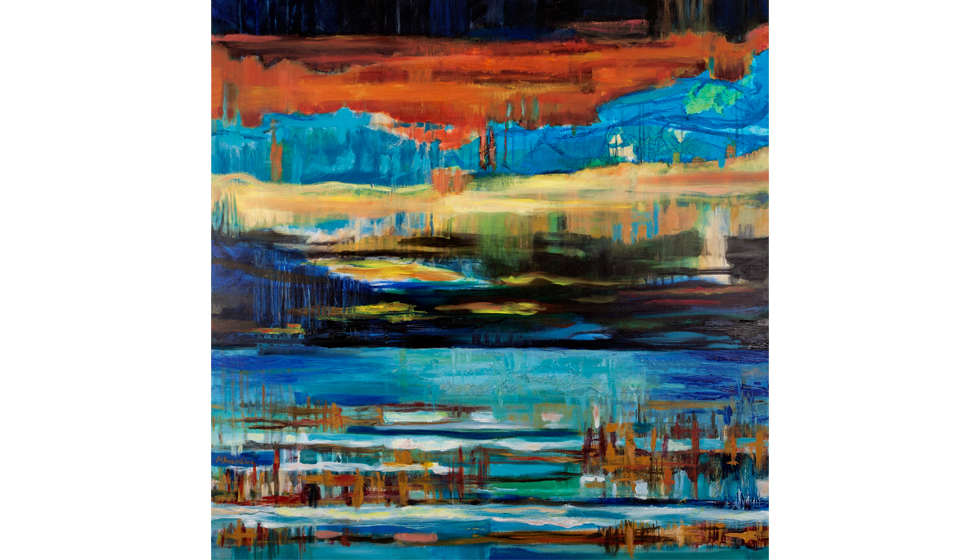 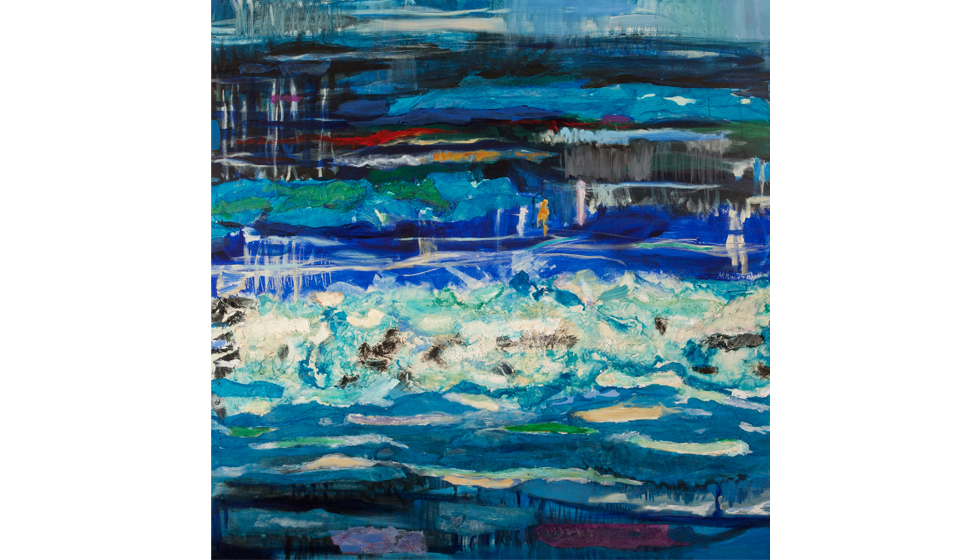 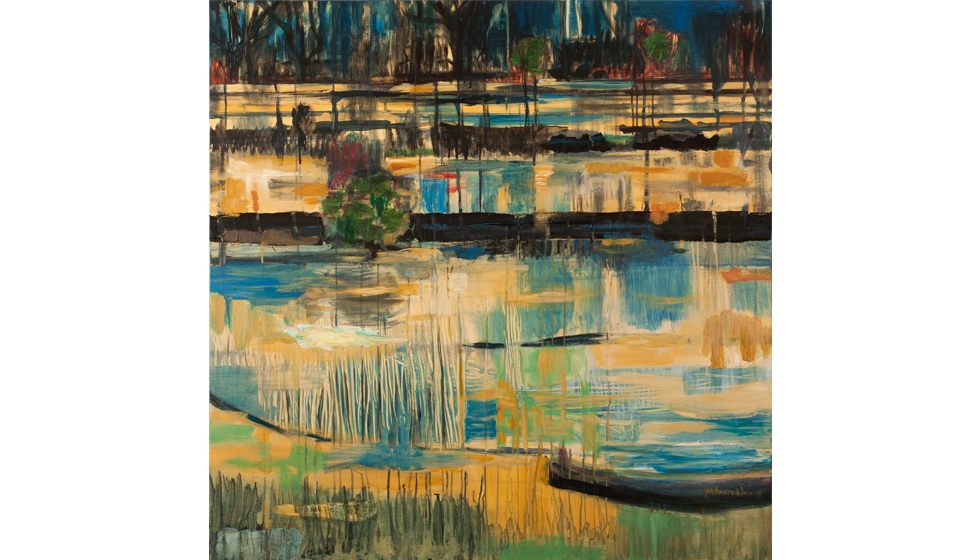 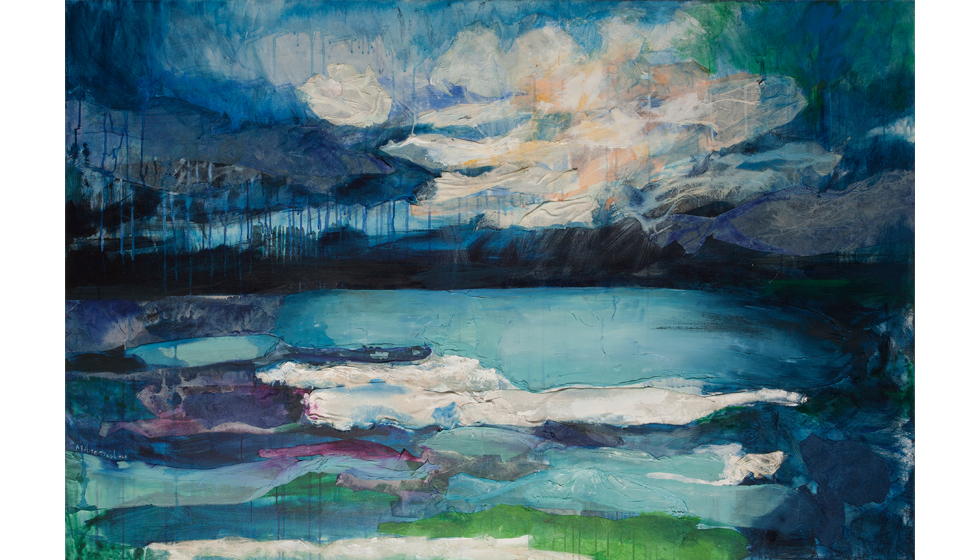 A secret call comes out from the sea-
A call that slips into our heart and touches it
And delights it [….]
K.P. Kavafis

Our mind breeds images which in plenty of times are expressed without us being able to interpret them consciously. Images that include unconscious fears and suffering, needs and desires, convictions and emotions. Magda Apostolou gives form to all these as she creates pieces of art whose main motif is’ the sea’ by using mixed techniques, acrylics, oils and adherences (paper and fabric).
Her artwork does not imitate either others or directly depicts the external reality although the initial source of her art combinations is discernible. The texture of the materials used, the brushstrokes, the drippings, the colors and the formulas touch the viewer and let him free to use his/her own imagination and, hence, give his/her own interpretation to each piece of art.
The painter has given to her pieces of art the name ‘Landscapes of Unconsciousness’ because they originate in the emergence of unconscious images. Thus, the ever moving sea, as it constantly changes coloring, could be connected with various emotions which, at the same time, constitute the painter’s hidden or overt feelings. This is the means which promotes the interaction between the painter’s unconsciousness and the common unconsciousness.

As the painter herself characteristically points out:

‘The sea, according to me, represents the mother of all living creatures. It is connected with the beginning of life existence on the Earth, with the origins of species development and the existing state before everything was born. The sea gives us the motive for either serenity or agitation while, at the same time, triggers our admiration. It is the reason that urges me to give form to my own inner landscapes.’
The sea has several times constituted the inspiration for painters, writers and poets. Either calm or wavy has been transferred by the artists into verses, paintings and plays. On Magda’s Apostolou canvasses the sea is displayed in such a way that the viewer is invited to decipher the messages originating in the unconsciousness.
The fear, the serenity, the anger, the meditation, the tension, the mystery, the threat, the doubt and the awe take the form of a sea which at some instances looks like a small lake and in some others it is open and wide like an ocean. It is the inner images of the painter’s soul which desire to interact with those of the viewer stimulating various thoughts and connotations as they trigger intense feelings at the same time.
The artist’s pieces of work are interesting mainly due to the fact that the painter gives us the impression she herself is within the sea at the moment she is painting and she does not just play the role of a distant observer. Without taking into consideration either the rules the perspective or the accurate representation of the tints that the sky and the earth take during specific times of the day, she envisions the pictorial sensation a landscape can give.
The painter sometimes analyses her visual perception while some other times she displays it with absolute freedom always expressing her special inner worldview. We could say that she doesn’t observe her emotions in order to rationalize them but she does feel her emotions capturing them in shape and colour.
Hence, it’s all about the art of life that simultaneously turns into pure art, which , like the sea, hides storms and secrets both gaining voice so as to give birth to new spiritual paths.